4 Characteristics of Building A 100M Dollar Startup In 3 Years 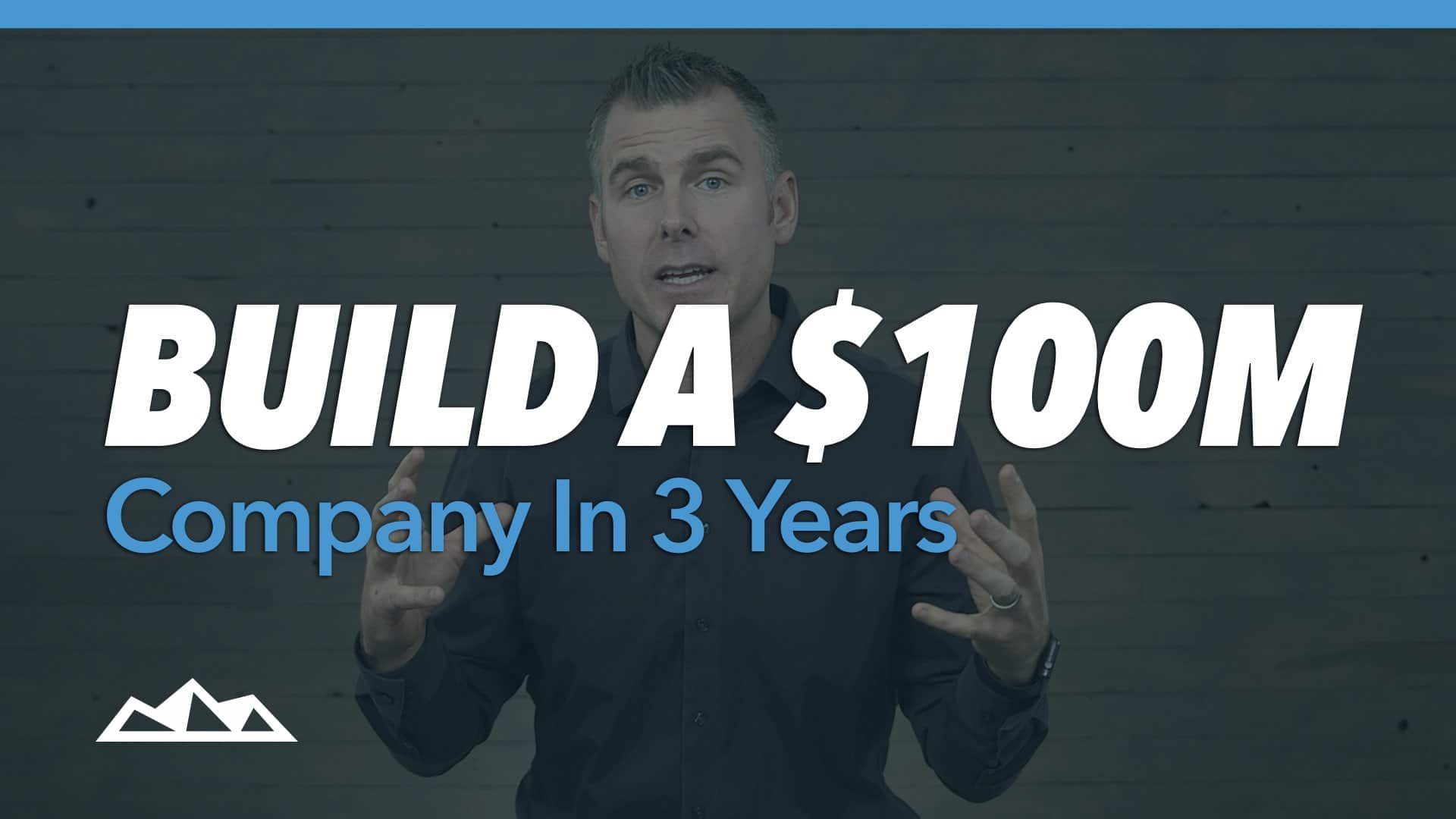 That was the question my coaching client Larry asked me with a straight face.

Now, before you dismiss his question, you need to know that he just exited his previous startup a few months earlier.

So I knew he had the chops.

What a great question I thought …

… so I took some time to really reflect on all the things I’ve learned in scaling my own software companies… as well as the common traits and characteristics of other companies that had done it.

Discovered some pretty unexpected things along the way.

You’ll want to take a few short minutes to give this a watch.

It essentially comes down to 5 elements that NEED to be in place for you to achieve rapid growth and scale at breakneck speed.

Now back to Larry.

While his goal was far from delusional…

His path to getting there was a little off.

One of the initial constraints was that he wanted to do it “without raising money”… but I quickly explained that that wouldn’t be possible, or would be nearly impossible.

We also talked about the product, the business model and the way it would need to be sold to ensure it could grow fast enough within its market.

We then talked about certain aspects of the team, and the way he’d need to build it to ensure he could free up his time at each turn to focus on the next level of challenges.

All in all, the major outcome he was trying to achieve was something that eventually could be sold, and even though I don’t subscribe to the build & flip mentality to startups, I did share how to structure the business so that it could work.

Now I know most people don’t have the aspirations, or need to build a big company like this, but I still think it’s worth understanding the mechanics.

So be sure to watch the video, and leave a comment with your biggest takeaway below… which aspect surprised you the most?

Let me know and I’ll see you next Monday!