How To Create An Authority Engine (Personal Brand) 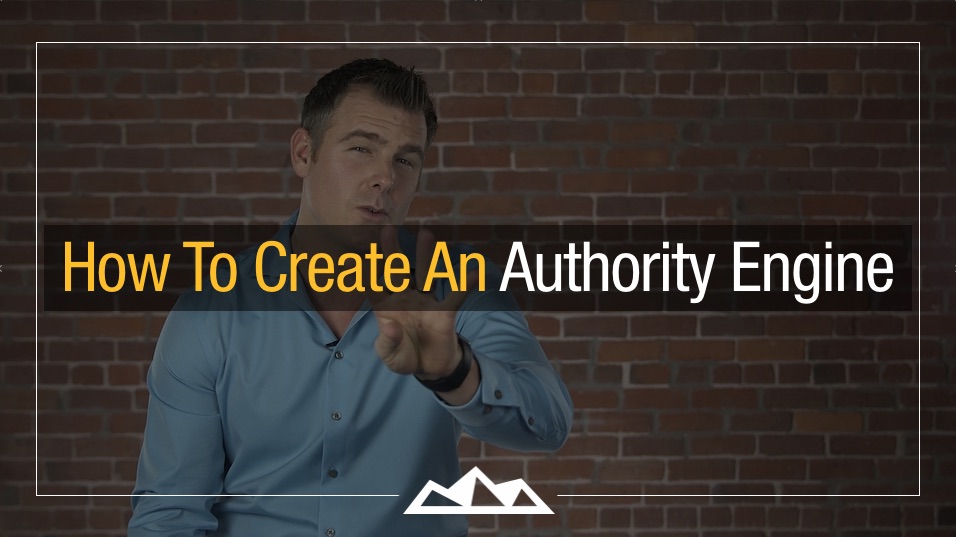 Do you consider yourself to be an expert in your field?

So many founders that I meet aren’t shy to make that claim.

And like them, perhaps you’ve also paid your dues, put in the time, and built something awesome.

But unless the market actually PERCEIVES you as an authority on that topic, all that hard-earned domain expertise isn’t providing you leverage.

Cause here’s the thing…

(and then building an authority engine to amplify its sound).

The 3 Steps for Building a Powerful Authority Engine

The first step (positioning) is by far the most natural, but requires you to get over the mental hurdles of sharing your stuff publicly.

But as you’ll learn in step #2 (3:45 of the video), you have so many amazing and emerging channels at your disposal, so even if you’re a little camera shy (or suffer from writer’s block)…

… there’s ALWAYS going to be a way for you to get yourself out there in a powerful, authority-building way.

And in 2016, there’s simply no excuse to not at least give it an honest shot.

So If you haven’t already made that leap, I challenge you to do so today.

The rewards are too good to ignore…

And your message too powerful to keep locked inside an Evernote folder.

And then drop me a message in the comments below letting me know what topics you plan to start taking more of a bold, authoritative stance on.

To claiming your authority,

P.S. Contrary to popular belief, I’m actually NOT particularly amazing at video (even though it’s my medium of choice). As you’ll see in the first part of this clip, false starts and f*ck ups are all part of the gig… and as a leader with a message, sometimes you gotta just roll with it.

P.P.S. Still suffering from imposter syndrome? Here’s a call-to-arms from the archives that will finally get you off the sidelines and hitting “”publish” on your game changing ideas.